Participants in a saw class in 2017. Photo courtesy of Cameron Abell, Billings Firefighters

There is a sentence in the first article Prairie Populist published about the Firefighter Health and Safety Bill that is painful and jarring to read now:

We published the sentence in an article after an interview with family man and firefighter Jason Baker, who told us about his fight with cancer and why he was an advocate for the Firefighter Health and Safety Bill currently up for potential passage at the Montana Legislature.

The Prairie Populist knew Jason was fighting cancer when we interviewed him last December. Jason told us that when Montana legislators didn’t pass the Firefighter Health and Safety Bill in 2017, it was difficult not to take it personally.

“We don’t need to be the last state,” Jason said about the importance of passing the Firefighter Health and Safety Bill. Glaringly, Montana is only one of three states in the union that does not already have such critical, proactive kind of coverage.

After a long, hard-fought battle against the disease, Jason sadly succumbed on Feb. 20. He leaves behind his wife Jill and two children, plus a huge group of colleagues, friends and supporters who took up his cause.

Now, a month after Jason’s death, it is draining to read through our previous coverage of the Firefighter Health and Safety Bill. We are tired of explaining why passing a bill that is so obviously the right thing to do has opponents still nit-picking at it when it clearly exudes common sense and humanity. Clearly, more controversial bills exist at the session for such naysayers to attack.

If passed, the Firefighter Health and Safety Bill would provide workers compensation for firemen and women devastatingly diagnosed with certain types of cancer that are linked to fire-fighting activities and on-the-job exposure to toxic chemicals. The bill would help families like Jason’s with their economic battle against cancer, as it seeks insurance coverage for those who contract one of 11 specific illnesses outlined in the language of the bill. It would also require that firefighters participate in regular physical checkups, in the hopes that deadly illnesses like cancer can be caught and treated early.

Opponents argue that it would be a financial liability. However, our neighboring states have proven this challenge to be unfounded. When Washington and Oregon adopted their own Firefighter Health and Safety laws, they experienced temporary rate hikes, followed by a drop in cost. Rates in Wyoming stayed flat and rates actually dropped in Idaho. In fact, Idaho’s Department of Insurance submitted a letter to the Montana Senate hearing in January stating that rates have dropped 4.2 percent since the state passed a similar bill three years ago.

The Montana Legislature has considered some version of this bill in each session for the last 18 years — without locking down a common-sense law that protects our hard-working firefighters who put their lives on the line every time they enter a burning building. It is way overdue to pass the firefighters bill. Proponents should not have to scrap for passage every two years in our legislature.

Prairie Populist encourages those who agree to contact their legislators. The Firefighter Health and Safety Bill has passed the Senate and now sits in the House Business and Labor Committee awaiting a crucial committee vote. Contact your legislators and the House Business and Labor Committee here and urge them a do-pass on SB 160. The committee will most likely vote on the bill by the end of the week. 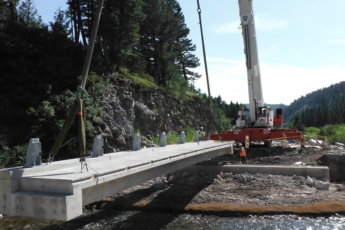