“We the people of Montana grateful to God for the quiet beauty of our state, the grandeur of our mountains, the vastness of our rolling plains, and desiring to improve the quality of life, equality of opportunity and to secure the blessings of liberty for this and future generations do ordain and establish this constitution.” — Preamble of the Constitution of the State of Montana 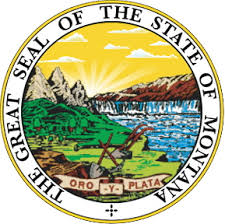 Montanans have always fought to protect “the quiet beauty of our state” and our “equality of opportunity.” We believe that our politicians need to do the same thing. We expect them to stand up for all Montanans and the things that we hold dear.

It’s a legacy deeply rooted in our state’s history.

In the early 20th century, our state was controlled by corrupt politicians who were in the pockets of out-of-touch millionaires. In 1899, William A. Clark, aka the “Copper King,” bought a seat in U.S. Senate by bribing members of the state legislature. This corrupt election helped bring about the ratification of the 17th amendment to the United States Constitution which allowed voters, not state legislatures, to elect U.S. Senators. Montanans have also led the nation in advocating for voting rights for women, bargaining rights for workers, and new conservation practices that balance the need to protect this beautiful state and the need to make a living. We’ve never been afraid to speak up when we see our politicians taking care of themselves and big business instead of the people who elected them.

Unfortunately, one quick look at the news these days shows that politicians and big corporations are once again acting in ways that don’t reflect our shared values. The people in this state have more in common than not and it’s time for us to start speaking up. We need to let our politicians know that we are paying attention to what is going on. Prairie Populist was created to do just that. We will highlight what our elected officials are up to – and give the people of Montana a chance to ask questions, offer commentary and share their stories.

We hope you’ll join us. « Previous post
Lodgepole Complex Fire: How We Can Help Rebuild
Next post »
In Montana, We All Have the Right to Say No and Be Heard