What my mother taught me

We live in an unkind age. Of that, there is little doubt when we look at our politics, our online ranting and our failure to look away from screens long enough to have an actual conversation. Our personal lives are shells of what they used to be as we wait for the next response from someone we’ve never met, letting the blue glow of the screen absorb our thoughts. We seem to thrive on conflict and we seem to believe that only through shouting down others will there ever be progress for whichever idea we’re ranting about.

I’m sick of it. It’s not how I was raised, but I’ve fallen into it as much as anyone else.

As children, my sisters and I were encouraged to talk about politics. My mother had some very simple rules when it came to this discussion: Know what you are talking about, be honest, be kind, be fair. Dinner was when we debated a variety of current affairs from wars in the Middle East to domestic issues like welfare reform and wolf reintroduction to Yellowstone.

It got heated from time to time and Mom put us in our respective corners, but nobody ever threw the stroganoff.

We never got to the point where we couldn’t laugh at ourselves for how ridiculous it seems that screaming at your loved ones was a good idea rather than trying to understand why someone whom you shared 2,000 square feet with thought so differently than you.

It’s a life lesson that has served me well, even though I’m the first to admit I fail regularly on a few of the rules from time to time. I’ve spent a career working with legislators, congressmen, senators, governors, agencies, cabinet members and untold thousands of staffers. It was clear up until a couple of years ago that honesty was the most valued trait that you could possess working on public policy. Now, the lies outnumber the lobbyists in Helena and Washington, D.C.

One of the very first legislative sessions I worked in Wyoming, I was taken aside by a lobbyist whose normal position was counter to mine. He gave me the best piece of advice I’ve ever received: Always tell the truth. Once people find out you lie, you lose credibility and you’re done. You no longer will have the ear of people who are voting on your issues, and you no longer will have the respect of your peers.

Ten years later, Politics is mostly lies. If we, as Americans, ever want to reclaim our place in the world and with ourselves, we’re going to have to return to the lessons our mothers taught us:

Know what you are talking about, be honest, be kind, be fair. And maybe even one more: Show love, even to the opposite party. 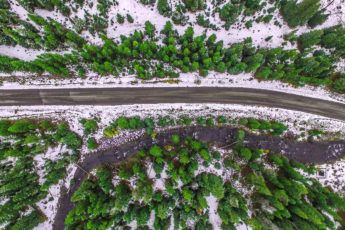