Folks in the Madison Valley have water running through their veins.

That’s a literal statement, of course, but it also gets at something deeper than biology. For folks who call the Madison Valley home — whether they’re growing alfalfa, guiding along the river, or  managing land — their way of life depends on water. Period.

On June 29, we at Prairie Populist joined a  group along the banks of Jack Creek, an important tributary of the Madison River. We all came out on this rainy Friday morning to check out the progress of an ongoing project to improve a small stretch of the creek.

There have been a handful of projects over the years to restore various parts of Jack Creek. But this particular effort is a prime example of what can happen when a lot of people from a lot of different backgrounds come together to find a solution for something they all care about.

“The community investment is really big,” said Sunni Heikes-Knapton, the watershed coordinator for the Madison Conservation District who showed us around the project site. “Taking care of the river and its tributaries is extremely important in our area.”

It used to be common practice for folks to alter streams, channelize creeks, overgraze near water, and slow down the current by adding good ol’ Montana riprap (meaning old vehicles and tractor implements). That’s just the way things were done back then. But after years of doing that, this stretch of Jack Creek wasn’t quite functioning the way it should be, and folks were experiencing some unintended consequences.

The water was flowing too quickly in the channelized sections, causing the banks to erode in certain spots and flooding to happen where it once didn’t. So the Madison Conservation District and a long list of partners added natural curves to the stream causing it to slowly meander around stable bends. 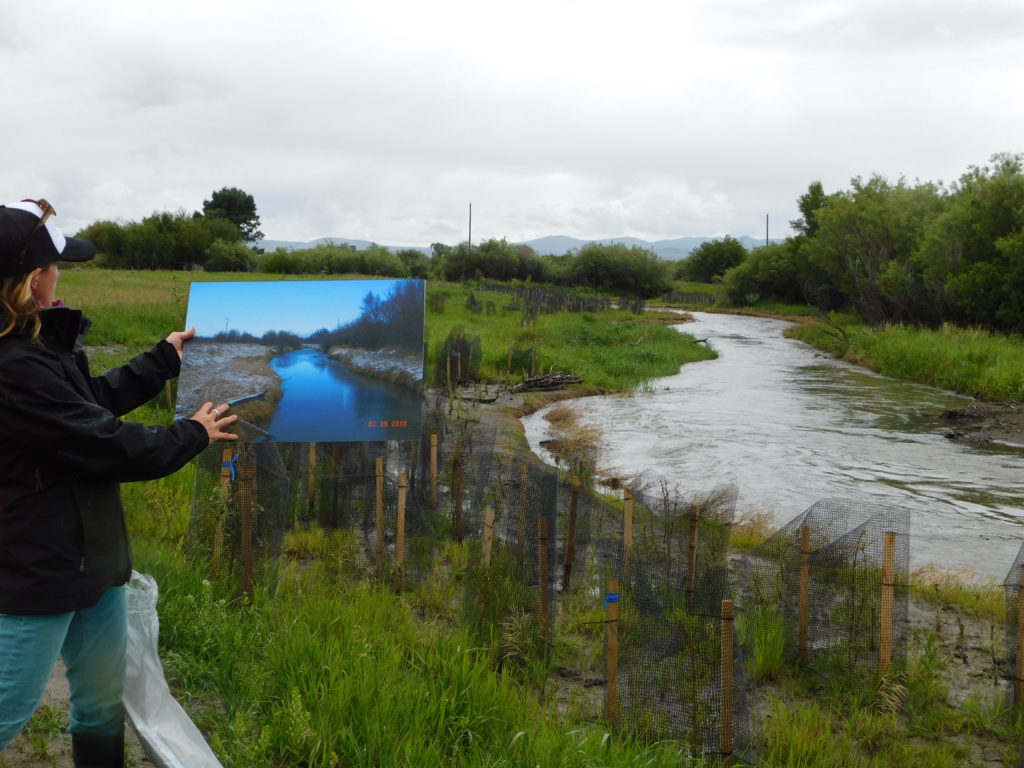 Sunni Heikes-Knapton of the Madison Conservation District showing the before picture of where Jack Creek was channelized. Engineers and excavators have added micro-meanders into the stream, slowing down the flow of water and preventing erosion.

The willows and cottonwoods had completely disappeared in some places, which meant less shade available to cool the water and more erosion of the soil. To fix that, cottonwoods, native grasses, and 9,000 willows were planted to naturally stabilize the banks.

Because of all of the erosion, sediment was building up in pools and preventing spawning in Jack Creek. That sediment was also being carried downstream, eventually ending up in Ennis Lake, which is slowly becoming more shallow and warmer as it fills up with silt. But this spring, when the water ran high and fast, the newly constructed banks stayed in place and there was little loss of topsoil. That’s a testament to the expert engineering and construction that went into this project. 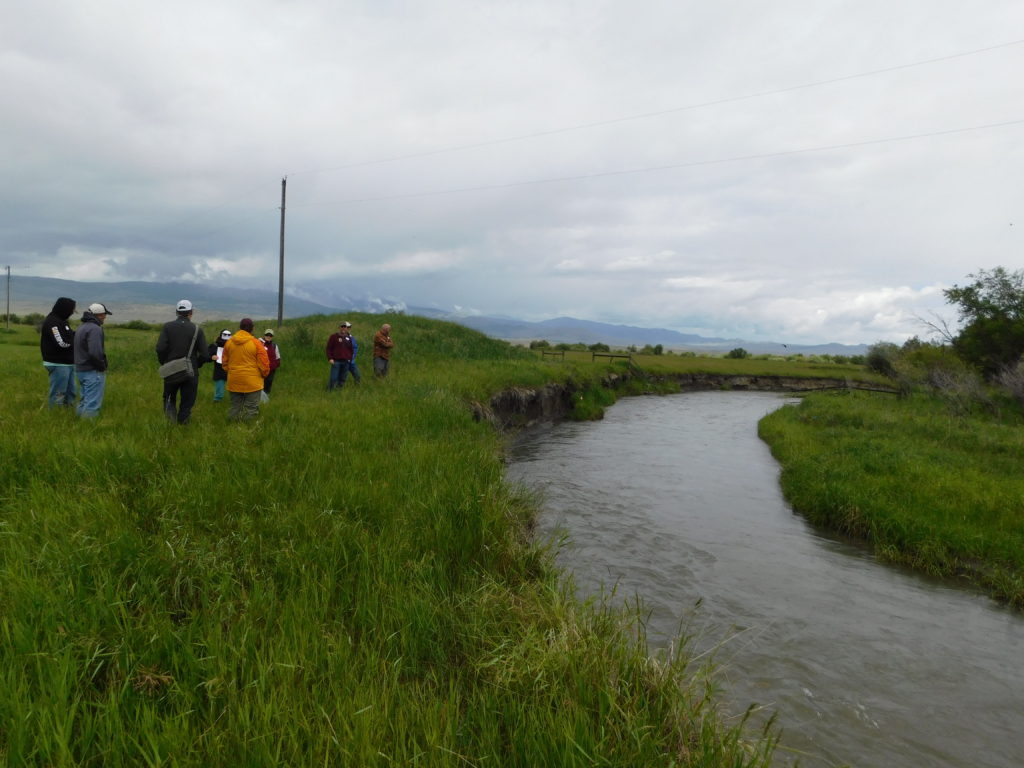 The group standing around Phase 2 of the project, where the bank still needs to be lowered and the flood plain needs to be restored. Phase 2 will start next winter and spring.

And make no mistake, a lot went into this. This stretch of Jack Creek connects three different properties: the Gustafson family who steward and work the land; the Fasules family who has been on the land for over 50 years; and the Madison Valley Ranch, a fly fishing ranch that brings in people from all over the world to experience this Blue Ribbon Fishery. Cody Hankinson of R.E. Miller & Sons showing where they un-straightened the creek.

Fish, Wildlife, & Parks and the Forest Service lent their technical advice to the project. Engineers and construction companies that had previously worked on stream restoration projects came together to lend their expertise.  Locals advised on what kinds of seeds and trees to plant. Neighboring Conservation Districts gave their support. Money from the landowners, the Montana Trout Foundation, the Nature Conservancy, Northwestern Energy, the Montana DNRC, The Trout and Salmon Foundation, Montana Future Fisheries Program, and Yellow Dog Community and Conservation Foundation, to name a few, helped make this all possible. And over 791 volunteer hours by groups like Montana Conservation Corps and Bozeman Field School assisted with the project.

It makes sense that so many folks cared enough to put their time and money into this project. With an economy based primarily on fly fishing and agriculture, so much of the valley relies on cold, healthy streams and rivers. According to Headwaters Economics, jobs in travel and tourism in Madison County increased by 93 percent from 1998 to 2016. And the farmers and ranchers in the valley are responsible for maintaining the private lands and stewarding the open working landscapes that make up nearly half of Madison County. The economy and lifestyle of the town of Ennis (above) deeply rely on both the fly-fishing industry (shown in the art piece on the lower left) and the agricultural industry (displayed on the sign driving into Ennis on the lower right).

Over time, the hope is that other projects like this one will follow suit and join in protecting the resource that so many folks rely on for their livelihoods.

“We are the keepers for the next generation,” said Kaye Suzuki, the urban supervisor for the Madison Conservation District. “I’m old enough to know how important that statement is.”

On one level, that statement is about taking care of the stream, preserving the water, helping the fish — all the things that the Jack Creek Project did on the ground. But on the other hand, that statement can mean something more — something deeper than biology.

We Montanans are the keepers of our communities for the next generation. By coming together on this project, folks are working to preserve a way of life and an economy of a rural Montana community so that their kids, grandkids, and great-grandbabies will be able to stay there and one day pick up the reins.

« Previous post
Rosebud Battlefield State Park: Where the Girl Saved Her Brother
Next post »
When All the Beers Are Still Accounted for, You Raised Your Kid Right