How Three Rural Newspaper Editors Took on the Copper Kings

Imagine a world where senators bought their seats, businessmen and politicians controlled the newspapers, sensationalized stories dominated the front page, and only a handful of smalltown journalists spoke out against corruption and greed.

Welcome to Montana at the turn of the 20th century.

The Copper Kings have a prominent role in Montana lore. We’ve all heard stories about Marcus Daly, William A. Clark, and Fritz Augustus Heinze — three men who used their money and influence to gain political control and expand their competing business empires. However, we hear little about how these men used the media in their fight for power.

Daly, Clark, and Heinz each owned a handful of major newspapers across Montana. These papers — like Daly’s Anaconda Standard, Clark’s Butte Miner, and Heinze’s Reveille — ran stories and cartoons that blasted their opponent’s agenda while reinforcing their own. For newspapers that one of the three Copper Kings didn’t own outright, one of them would buy their loyalty by bribing the editors.

The news that most Montanans read during the late 1800s and early 1900s wasn’t unbiased reporting. It was a paid tribute to the powerful men who ran our state.

But this isn’t a story about those powerful men. There are books upon books about Daly, Clark, and Heinze. This is a story about three newspaper editors who wouldn’t be bought or bribed. William K. Harber of Fort Benton’s River Press, Miles Romney of Hamilton’s Western News, and William Greene Eggleston of Helena’s Press shared their opinions in a time when only the Copper Kings’ opinions were published. They, along with a handful of rural editors across the state, sought to hold big businesses and politicians accountable by reporting the whole story and allowing Montanans to make up their own minds about the way our state functioned .

Harber vocally endorsed reforms that took power away from big businesses and politicians and put it into the hands of the people. He supported direct primaries, which gave citizens the ability to choose which political candidates would be up for election. And he pushed for ballot initiatives, which gave Montanans the right to vote on and create our own laws. He also endorsed workers’ compensation, women’s suffrage, and higher taxes on mining companies.

As an owner of an independent paper, Harber was a huge critic of the mainstream Montana media.

At one point, the Butte InterMountain — a conservative paper owned by Lee Mantle — cited corporate control of the newspapers as in the public’s best interest.

“It is true that some corporations have made investments in newspapers in Montana, but it is not true that this action was in pursuit of a purpose to possess the government and to prey upon the commonwealth. It appeared to be the safest means to protect the public as well as the corporate interests from misrepresentation, and was and is a necessary defense of their vast interests…”

Harber was one of the few editors who stood up to the big corporations that controlled the majority of Montana’s newspapers. His independently owned paper provided something invaluable to the folks of Fort Benton: editorials that criticized the status quo and shined a light on the rampant manipulation happening across the state. He called out the error in Butte InterMountain’s logic in an editorial where he asked his readers:

“Is it not the mission of these newspapers to serve their masters?… Do not the latter expect to get value for their money? When the interests of the corporations and the general public conflict, is it not reasonable to assume that corporation-owned newspapers will work for the success of their proprietors?”

A Spanish-American war veteran and son of Mormon pioneers, Miles Romney and his family moved to Montana in 1881. Romney spent most of his young life working as a ranch hand and laborer. In 1895, despite having zero journalism experience, Romney bought Western News in Hamilton. He ran it until 1937, when he handed it off to his son.

Western News frequently spoke out against Marcus Daly and Amalgamated Copper Company. This was risky since Western News competed with two pro-Daly papers in the Bitterroot Valley. But his opinions seemed to reflect local sentiments: residents elected him as the mayor of Hamilton in 1902 and as a local senator in 1906.

As a policymaker and as a newspaper editor, he championed changes that put power into the hands of the people, including ballot initiatives, women’s suffrage, and low-interest, state-backed ag loans. Romney thought that big businesses had too much control over the people, and he criticized the newspapers that acted as puppets for the Coppers Kings in editorials like this one:

“To accomplish the purpose of the privilege seeking corporations these papers, constituting a monopoly of the press, must mislead and blind the public through suppression of news and perversions and distortions of facts. They publicize and canonize the menials and other tools who serve them; and minimize, ignore and destroy whenever possible any person who sincerely and earnestly undertakes to serve the people rather than the bi-partisan political machine with which the corporation oligarchy rules the state.”

William Greene Eggleston of Marysville had the reputation of being fair, critical, and free of corruption. In 1902, he joined John Neill to start Press, a weekly paper out of Helena.

Previously, Neill ran another Helena newspaper and regularly accepted Clark’s cash to cover its operating costs. Neill remained loyal to the Copper King until Clark began to pressure him into supporting a pro-monopoly bill that would prevent minority stockholders from stopping big corporate mergers. Neill opposed monopolies, especially the Northern Pacific Railroad, which he blamed for high freight prices, poor service, and dangerous conditions for workers. When Neill refused to support Clark’s bill, Clark pulled his financial support for the newspaper. Neill’s new paper, with Eggleston at the helm, stood staunchly against power-hungry big businesses that took advantage of everyday Montanans.

Eggleston’s opening editorial made the position of the Press clear: on the side of the people.

“[The Press] has no more respect for these men or their spies and corruptionists in this state than it has for the commonest thief or highwayman,” wrote Eggleston, noting Press wouldn’t stand idly by and let the “monopolist millionaires” from New York decide the fate of Montana.

Eggleston’s editorials supported ballot initiatives, a state commission to regulate railroads, direct election of U.S. senators, and a fair system for assessing property taxes. Eggleston also called out fellow newspapermen whom he believed were in cahoots with the Copper Kings.

“These papers, which include the two in Great Falls, the two in Helena, the two in Butte, and the Anaconda Standard, are owned and controlled by corporations that have so far gone outside of their legitimate business as to meddle in the politics of the state, trying to control it,” wrote Eggleston.

The Legacy of these Independent Journalists

Harber, Romney, and Eggleston were among a handful of smalltown newspaper editors who stood their ground against the greed and corruption controlling Montana at the turn of the 20th century. They knew then, what we know now: that Montanans want to make up their own minds about an issue.

Harber, Romney, and Eggleston were willing to publicly share their opinions in a time when a few businessmen monopolized the media. They spoke against the status quo and gave Montanans a different perspective.

These men lead Montana into an era where our agricultural economy boomed and rural communities took control from the big-business industrialists. Ultimately, their balanced coverage allowed Montanans to think for themselves and paved the way for Montana’s new state constitution in 1972, which gave the people the power over our state, our lands, and our way of life.

Today, consolidation of Montana’s newspapers and news outlets could bring about another wave of Copper-era journalism  Hopefully, with that, we’ll again see the rise of the independent journalism that free-thinking, hard-working Montanans deserve.

For more information on the Montana Press during the time of the Copper Kings and how that legacy impacts us today, check out Dennis L. Swibold’s book, “Copper Chorus: Mining, Politics and the Montana Press, 1889-1959.” Swibold was a Montana newspaper editor, journalism professor at University of Montana, and 2001 recipient of the Montana Newspaper Association’s Presidents Award.

How to do Something Right. 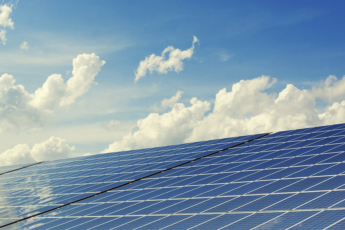 « Previous post
Are bought politicians a thing of the past?
Next post »
Take a Tour of Lone Pine State Park