Montanans appreciate competition. There is value in having someone breathing down your neck, letting you know that if you back off, they’ll pass you by.

Whether fending off copper kings or railroad tycoons, Montanans have proven through action and our constitution that our state, lands, and way of life belong to the people, not any singular monopoly.

So, why do monopolies still exist in Montana’s utilities?

There are economic cases when natural monopolies are actually better for customers, and utilities are the classic example.

In Montana, our Public Service Commission was created to ensure utility companies like Northwestern Energy and Montana Dakota Utilities can operate as monopolies, so consumers incur lower costs, while also making sure those same companies don’t use their power to charge extremely high prices.

The Public Service Commission is made up of five publicly-elected commissioners. Their job is to allow utility companies to turn just enough profit to be motivated to provide a good service while making sure Montanans get a fair price.

When those commissioners get cozy with the monopolies, things get worrisome.

Montanans have seen businessmen try to buy politicians before. We’ve all heard the stories of the Copper Kings, including William Clark handing out $1000 dollar bills to state senators.

“I never bought a man who wasn’t for sale,” Clark is reported to have said privately.

Are our elected officials up for bidding once again?

These days, anyone can look up campaign donations.

So, we decided to research a couple of our Public Service Commissioners. We discovered that Bob Lake and Roger Koopman have accepted multiple donations from Northwestern Energy, totaling $680 and $205 respectively.

It may not be a $1000 dollar bill in an envelope, but taking campaign donations from the monopoly you’re supposed to regulate doesn’t seem much different. When you consider the money is going to commissioners who are selling out consumers to please the companies they are supposed to regulate, and that consumers may be getting costs passed on to them, it’s not OK at any price.

And there is evidence for favoritism.

But, in 2014, when Northwestern Energy bought 11 hydroelectric dams, increasing customers’ power bills by 5% — the exact result the PSC said it was trying to prevent — the Public Service Commission approved the purchase.

The Public Service Commision is meant to regulate energy companies with monopoly power to ensure Montanans get a fair price. Instead, it appears favoritism may be at play. For Commissioners Bob Lake and Roger Koopman, the favoritism seems to have come cheap. And it left customers of Northwestern Energy footing a higher bill. 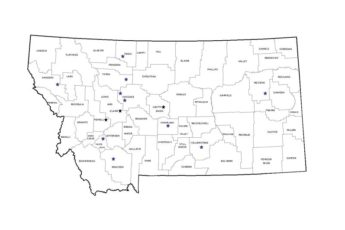