The recent violent arrest of a nurse in a Salt Lake City hospital, caught on police video, reminded the world what a dangerous job it is to be a nurse.

In Montana, physical attacks on health care workers — mostly by patients — have doubled in just a few years, endangering other patients and causing hundreds of days of missed work. And nurses have sounded the alarm, letting lawmakers and the rest of Montana know about what they’re enduring, very often with no consequences for their attackers.

But when the Legislature considered a bill last winter to increase the penalties for those assaults, Rep. Theresa Manzella of Hamilton questioned whether there really was a problem. She said the nurses hadn’t done enough to make their case, and she wondered why nurses hadn’t provided police reports for the more than 2,000 workers’ comp claims that had been paid in a recent five-year period.

Republican Rep. James O’Hara of Fort Benton introduced the bill to make it a felony, not just a misdemeanor, to assault a health care or emergency worker while they’re doing their job.

“Unlike police officers and security guards, nurses are not trained to deflect a physical attacker,” Vicky Byrd, executive director of the 17,000-member Montana Nurses Association, told the House Judiciary Committee in January. But Rep. Manzella had another issue. She noted that when the nurses told the committee about the 2,155 workmen’s comp claims paid to workers because of physical attacks over a five-year period (outlined in this study that reviewed thousands of Montana claims), the nurses didn’t also provide the committee with actual police reports for all those claims.

“And that is a big problem,” Manzella said.

A bigger problem may actually be that Manzella, a member of legislative leadership, is suggesting that without a police report available to the committee, somehow a workplace injury at the hands of another person might not have actually happened.

And she went further, blaming the nurses and casting doubt on the severity of the issue.

She then moved to table the bill, ending the discussion. All the Republicans on the committee, plus Democratic Rep. Ellie Hill Smith of Missoula, voted to table, stalling the bill in the committee where it ultimately died.

Willfully ignoring information or experts in order to kill a bill is not rare at the Montana Legislature.

So, we thought it would be a good idea to remind Manzella, and the rest of Montana, of some of the issues that nurses face in their efforts to provide comfort and aid to everyone.

For years, nurses have raised the alarm about the slaps, punches, and machete-threats that they’ve endured, often from the very people they are dedicated to helping.

One nurse, from Laurel, told the story of a patient, unhappy with his level of medication, who tried to strangle the nurse with her own stethoscope. She nearly lost consciousness, only stopping when he slipped and lost his grip. She fled into another patient’s room, but the assailant followed her and continued attacking.

But the strangulation was not the scariest part. The patient had knocked his head and was bleeding, and he wiped some of his own blood on the nurse’s face. He told her that he had AIDS and that she would die from it. A Montana nurse suffers a black eye following a 2016 attack by a patient. It took five people to get the attacker off the nurse, who finished her shift as a patient in the emergency room. (Photo courtesy Montana Nurses Association.)

“This was one of the scariest moments of my life,” she said in a statement distributed by the Montana Nurses Association.

“Throughout my career, I have been hit, punched, spit on, scratched, belittled and my life threatened more times than I can count,” her statement continued. “Healthcare workers do not deserve to just ‘put up’ with this simply because we chose a profession where we care for those who are intoxicated or under the influence of substances that alter their normal behavior. As a colleague of mine stated, ‘If this person did this to me outside of work, they would be arrested. Why are they allowed to do it just because I am a nurse?’“

Another nurse, from Butte, described being “bulldozed” by surprise into a concrete wall, injuring her elbow shoulder and wrist.

“Not only did I suffer physical injury but also emotional pain and financial loss,” she said in a statement through the MNA. “I had difficulty sleeping. Many times I felt the sensation like a hot knife going into my shoulder and aching down my entire arm. It interfered with my ability to perform as a wife, mother, and nurse.”

The nature of health care puts its workers are in a uniquely vulnerable position.

“Our focus is to provide care to our patients,” Byrd, the MNA executive director, told the committee. “Our work often requires us to be in their personal space, and often the personal space of their family members. Even after being assaulted, nurses are in the unique position of having to return to that personal space to continue caring for the patient, risking additional assault. When nurses are on duty and get attacked we don’t run away. We continue to provide care, and there’s rarely a consequence.”

Nurses say they’re working to change the culture in their workplaces. Safety issues, for both workers and their patients, are now routinely part of contract negotiations with employers. More hospitals are developing better safety and assault-response protocols and posting prominent warnings in emergency rooms that attacks on staff will not be tolerated.

Nurses say they’ll bring the bill back again next session, invading the personal space of legislators as they try to do their jobs without being assaulted or having to fight for their lives. 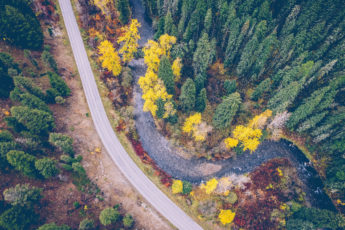 Is Water a Human Right?