After more than two hours of public comment, and despite the urgings of Gallatin County Commissioners Joe Skinner and Don Seifert to change his mind, Commissioner Steve White voted No on the proposed county Open Space bond, calling it a “secondary issue.”

Gallatin Valley’s integrity lies in agriculture. The soil here is some of the most nutrient-rich in the country, and it is a damn shame that Steve White is willing to risk anything other than crops being put on top of it.

The mural in the community room of the courthouse, where the three-hour meeting took place, is a reminder of how important agriculture is to the valley. It depicts homesteaders settling the valley and making it what it is today.

Steve White is willing to let this mural become an ode to history, rather than continue to represent the current-day values of Gallatin County.

It would have taken the votes of all three commissioners to get the Open Space bond on the November ballot. This would have given Gallatin County residents a chance to vote for their own values. The resolution wouldn’t have passed the bond, or raised anyone’s taxes; it would simply have put the matter before Gallatin County voters on the November ballot.

Commissioner White said that his “priority is the Law and Justice Center” and that the “timing is wrong.”  But Gallatin County residents know that this is not an either-or question. Both issues are priorities, and county residents deserve the chance to decide whether the timing is correct for each of these issues.

But Commissioner White did not give Gallatin County voters a say. “To give the vote to the voters is to raise the bar,” he said.

White’s sentiment was that the voters would not vote for the Law and Justice Center bond if an Open Space bond was on the same ballot. “From my vantage point up here, I see a priority,” he said.

There’s a consistent debate that big government should let states make more decisions. The County Commission is relatively small, compared to the federal government. But it is bigger than the people. And Steve White should have let the people make this decision.

Commissioners Joe Skinner and Don Seifert repeatedly said that they trusted the voters and that they believed the voters are informed. At one point, Seifert was so determined to get an Open Space bond on the ballot that he proposed to drop the bond from $15 million to $10 million.

“My opposition comes from whether it should be on the ballot at all,” he said.

Seifert and Skinner acknowledged that the Law and Justice Center is a high priority, but, Seifert said, “We can’t stop everything in the county while we wait for the one at the top.”

Seifert explained further. He said the Gallatin County is a train, and you need both tracks to keep it moving forward, smoothly. Public safety is, of course, one of those rails. But the other is our roots in agriculture. For those roots to continue to grow, we need open space. We need agricultural lands.

Ag is caught in a dilemma in which farmers and ranchers are trying not to participate in development, yet they’re affected by it. The conservation easements that this bond would create are voluntary-seller, voluntary-buyer scenarios that minimize government regulations and fit within free markets. This allows family farms and ranches to stay in the family, and continue the traditions found here in the Gallatin Valley. We need agriculture to remain a cornerstone of our community. But ag needs options, like open space bonds.

In the end, Commissioner Steve White wants Gallatin County to run on one rail; he’s willing to risk the county derailing altogether. He referenced his family’s land, saying he understands agriculture. But it’s starting to look like Steve White has been spending too much time in the courthouse, and not enough on the farm. 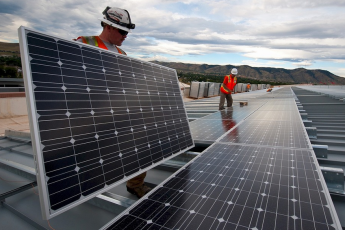 « Previous post
We’ve Got What the World Wants: Ag in Montana, Part 1
Next post »
Into the Black