Will everyone come to the table to smooth things over?

The recreation economy in Montana is booming and with White Sulphur Springs less than 50 miles away from the Smith River, one of the most pristine rivers in the country, you’d like to think the town is benefitting from the economic boost that recreational trips down the Smith could provide.

But it’s not. With the exception of Twin Sisters Trading Co, all the outfitters for the Smith River are based in larger towns, and White Sulphur Springs is not often an overnight destination for tourists headed to the Smith.

White Sulphur Springs was a lumber mill town until the mid-80s. Like many timber towns in the west, it’s had tough economic times for more than three decades since the mill closed down.

The people who live there care about the area. They’re Montanans, and they love the land like everyone else does, if not more. Sons and daughters of ranchers and farmers, the community is well aware of how important it is to be stewards of the land.

But if you are trying to get food on the table, and the energy bill paid — if you’re worried about your child’s school being closed down, or considering moving away from the only home you’ve ever known, your priority tends to not be shared with conservation groups from outside your valley who aren’t in tune with your struggles or those of your neighbors.

So for a small town like White Sulphur Springs, made up of only 900 people, the large, dense copper deposit found just out of town brought hope.

In 2008, ranchers who own the land that the proposed Black Butte Copper Mine would sit on reached out to Jerry Zieg, now the vice-president of Tintina Resources and a White Sulphur local. Jerry studied geology at MSU but was working in Alaska at the time. The community was approached by over a dozen other companies who wanted to mine the area, but everyone agreed that if it were to be done, Jerry must be involved. Because he’d do it right.

We attended a community event in White Sulphur in September, and one attendee asked what those from the area thought about the mine. “The one thing that sets my mind at ease is Jerry,” said a waitress from 2 Basset Brewery.

The proposed mine would operate for 11 to 14 years, employ 240 people at an average wage of approximately $65,000 a year. It’ll increase the need for housing in the area by more than 100 units and bring in at least 30 more school-aged children.

But it would be only 19 miles away from the headwaters of the Smith River and just above sheep creek, both of which are vital to trout and the aquatic ecosystem, and beloved to many.

So, it’s fair to say Jerry has a lot of pressure on his back.

We took a tour of the mine site with Jerry and Nancy Schlepp, vice president of communications and corporate secretary at Tintina. And it’s clear that they genuinely care about the land, about the Smith River, and about the community. Nancy also grew up in Meagher County, and her daughter’s graduating class was a quarter of the size of her own. She understands the economic situation of the town of White Sulphur. She’s also a rancher, so she values the land and wants it to be worked sustainably.

While on the tour, it was clear that the conservation efforts that would take place would exceed my earlier expectations. Although I’m no expert, every time I had a question about water safety or tailings management Jerry and Nancy had an answer. While geology and multiple engineering degrees would be required to confirm that their risk management system is as solid as they presented it, the Black Butte Copper Mine is going above industry standards in its efforts to protect the surrounding ecosystem.

The Black Butte Copper Mine will produce cemented tailings. The industry standard for cemented tailings management is to encapsulate them in 60 millimeters of high-density polyethylene (HDPE, a corrosion resistant plastic coating). Tintina plans to completely encapsulate the tailings they don’t put back into the tunnels with two layers of 100-millimeter HDPE, with a barrier in the middle. Water is unlikely to get through it, and the only way to break it down is sunlight. Once completely encapsulated, the tailings will be buried under five feet of soil to block sunlight, and the area will return to rangeland for cattle. However, while Jerry and Nancy seemed genuine in wanting all possible conservation efforts employed, business is business. And Tintina is responsible for mining copper, not setting new environmental standards.

It’s important to recognize that through the efforts of nonprofits like Trout Unlimited, American Rivers, and Montana Environmental Information Center (MEIC),  the Black Butte Copper Mine has set higher standards for itself than the law currently dictates.

Mike Fiebig, from the Northern Rockies division of American Rivers, sat down with me and explained that they hired a geoengineer during the preliminary process who then submitted his concerns and comments to the state. Action like this directly affects the standard that the Black Butte Copper mine must meet.

“A mine, into a high sulfide ore body, at the headwaters of the Smith River is not responsible,” Colin said. “Dewatering of Sheep Creek and the potential for acid-mine drainage are huge concerns.”

Derf Johnson, Clean Water Program Director and Staff Attorney at MEIC, has been a part of the process for the last seven years, including litigation in 2014 when MEIC sued the Montana Department of Environmental Quality and Tintina, forcing the company to look further into the risk the mine poses to the groundwater.

Derf was also concerned about Tintina Resources developing more than just the small-scale Black Butte Copper Mine in the area. And Nancy Schlepp, in the interest of full transparency, mentioned that the company has other mining claims in the area.

While the Black Butte Copper Mine can say it’s setting a new bar for responsible mining, these groups have been there to ensure the company does so.

But this process of litigation and strong opposition creates conflict and hard feelings in the community. The mining company and conservation groups hire lawyers, PR professionals, and engineers to provide competing narratives while collaborative discussion is avoided, waiting on the inevitable stalemate.

At the Stillwater mine south of Columbus, a Good Neighbor Policy has been created where conservationists, community members, and the mining company can come to the same table and have a conversation about expectations and accountability. There is also money available from the mining company that can be used to reach the group’s goals. Similar programs exist throughout the state.

Tintina Resources would like to create a similar stakeholder program. Nancy and Jerry have already reached out to Trout Unlimited, MEIC, and American Rivers. They specifically hope Trout Unlimited would be willing to get involved. Tintina hopes to create a group of stakeholders, those who also have vested interest in Sheep Creek and the Smith River.

Russell Country Sportsmen, a local group of hunters and anglers based out of Great Falls, is already involved, and Tintina is in the process of reaching out to the Little Belters, the Meagher County snowmobile club.

Derf, from MEIC, went even further and described the stakeholders’ group formation as premature.

Perhaps it is. The Good Neighbor Policy wasn’t fully established at the Stillwater mine until after its Environmental Impact Statement was published, a process that is in the early stages at the Black Butte Copper Mine.

Both Mike and Derf seemed to feel that joining the table for the stakeholders’ group was admitting defeat.

However, we checked in with Zach Brown, from One Montana, about this. One Montana works to connect rural and urban Montana into one vibrant state. John Shanahan, CEO of Tintina Resources, specifically mentioned Zach and One Montana as a group who he thinks works extremely well in bridging conflicts such as this one. John also spoke highly of Montana Wilderness Association.

Tintina Resources specifically wants One Montana to help facilitate meetings and discussions among the stakeholders, but One Montana has not yet committed to being a part of the process. However, representatives from One Montana did attend the first stakeholders meeting August 12.

We asked Zach if joining the stakeholders’ group means endorsing the mine.

“I can clearly say no,” said Zach, who is also a representative in the state legislature. He explained that Tintina wants people involved who oppose the mine.

He also made it clear that One Montana believes collaboration is the best way to go about a situation as complex as this one.

Montanans do have a way of finding common ground. Not divided by red or blue, we consistently have found creative ways to make everyone better off than they were before. However, it happens when we all get to the same table.

It’s important to be patient and thorough when navigating issues as complex as the Black Butte Copper Mine. However, time isn’t on anyone’s side here. In order to protect our land, water, and communities, we need to figure out a more efficient way to move forward with conflicts like this, so that all our resources can go toward conserving our land, water, and culture.

Because time isn’t a renewable resource.

Interested folks can weigh in on the project at three public scoping meetings held by Montana DEQ.  They are:

The mine’s permit application with the DEQ and other documents are available here.

Speacial thanks to Nancy Schlepp, Jerry Zieg, and John Shanahan from Tintina Resources, Mike Fiebig from American Rivers, Colin Cooney from Trout Unlimited, Derf Johnson from MEIC, Zach Brown from One Montana, and Dale Martin and Mary Murphy from the MSU history department. 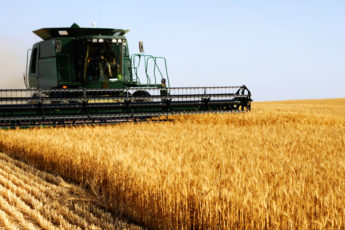