To help understand Prairie Populism, we’re going to take you on a trip to Oz.

Our story begins with the American farmer — actually, his niece, Dorothy —  whisked away by a prairie cyclone, and suddenly lost among strangers in the Land of Oz.

So what does this have to do with the Prairie Populist movement?

In the movie, Dorothy quickly finds the ruby slippers. But in the book, they’re actually silver. And it turns out farmers in the late 1800s, always under the gun from big-city bankers, wanted to switch from the Gold Standard to a two-metal standard tied to both gold and silver. That’s because the Gold Standard limited the money supply; that caused deflation, lowering farmers’ incomes and making it harder and harder for them to repay their loans. Kind of like how your fixed-rate student loans would be even harder to pay off if your income suddenly dropped.

Dorothy’s not in Kansas anymore. But she makes some friends. The Scarecrow, Tinman, and Cowardly Lion. And they begin their journey to try to get Dorothy home. Along the way, the Scarecrow wants a brain, the Tinman begins working again, the Lion gets a smack on the nose.

The Yellow Brick Road (which represents the Gold Standard) brings her to the capital, the Emerald City. There, everyone sees through green glasses. Kind of like in D.C., where everyone lets money consistently distort their values.

She finally gets an audience with the Wizard of Oz. Dorothy believes he is a real wizard, even though he hides behind smoke and mirrors. Lots of empty promises, bangs, and whistles to make it appear as though something is happening.

Pay no attention to the man behind the curtain! Toto, honest and faithful, reveals the Wizard as just a Nebraskan. Eventually, Dorothy makes it home with the power of her silver slippers.

There’s always a happy ending, right? Well, what’s our happy ending now? And what’s stopping us from reaching it? Let’s go back to this story, a little slower. The tale of Dorothy echoes the original Populist movement. But what do these same characters represent now?

Today, Dorothy represents us Montanans. And our journey home is our battle for Montana values like hard work, public lands and open space, water and wildlife, and taking care of our state’s exceptional outdoor way of life. And, as Dorothy and all us Montanans know, there’s no place like home!

Dorothy started her journey with ruby slippers (silver), easing on down the Yellow Brick Road (gold). Nowadays, there’s not a lot of debate about the gold and silver standard. But there’s plenty of debate between red and blue!

At Prairie Populist, we think both sides have good politicians, and both sides have bad. That’s why we’re not red or blue, left or right. Instead, we are here to give credit to those that represent us well. We want to elevate representatives that listen to their constituents and put our Montana values first. But, we’re also going to make sure the men behind the curtains and their green-spectacled followers don’t get away with their deception.

The first friend Dorothy makes is Scarecrow, viewed by the bankers and railroad tycoons as a poor sap without a brain. Obviously, this view is flat-out wrong — although even Scarecrow himself believes it at first. Farmers and ranchers are among of the most innovative workers in the country. The ag community works out trade agreements, adapts to markets and incorporates new technologies as fast as anyone. They’re not stuck on a post in a cornfield.

They already have a brain. What Scarecrow really needs is for our representatives to use theirs and not screw up all they’ve worked out for themselves.

In her next encounter, Dorothy makes the acquaintance of Tinman. When Dorothy finds him, he’s been rusted to a complete standstill. So, in order to get him working again, she oils up his joints.

Well, in Montana, oil is one way to get people working again, though they may have to chop through the cycles of boom and bust. But in the 21st century, we also have wind, hydro and geothermal that can produce energy AND good, long-term jobs for our fellow Montanans. Not because we want to save the polar bears (although that would be a plus) but because we want to get our Tinmen working again.

Finally, Dorothy and her friends make one last addition to their quartet. In our rendition of this story, Lion represents politicians. When Dorothy first meets Lion, she’s extremely intimidated by him. But when he tries to bite Toto, she smacks him on the nose! And, amazingly, he stops! Suddenly, after the smack, Lion is responsive to her. He works to protect her and help her on her way home.

We at Prairie Populist want to give a few noses some smacks ourselves on behalf of the people of Montana. Some of our politicians are trying to takes bites at more than just our dogs. Montanans don’t have the time to keep track of all the many, many things that deserve a smack to the nose. So we are here to help. We’ll uncover the reason why you should head to a town hall, commissioners meeting, or, when it’s really time to cut through the crud, Helena. We’ll arm Montanans with the information they want to know about the happenings in the state.

If you’re tired of lions taking cheap shots at your dog, and the city-dwellers with green glasses claiming your friend, Scarecrow, doesn’t have a brain; if you don’t want any more Tinmen to rust in the wood; if you’re sick of bangs and whistles instead of actual progress; know this:

We’re sick of it too.

And we hope you join us for a couple of overdue smacks. 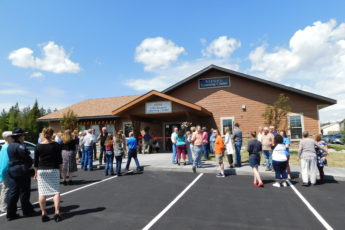