“To be honest with you, we’re having a pretty lousy summer.”

That’s the update from Bruce Whittenberg, the director of the Montana Historical Society, to a legislative committee last week.

MHS is best known for its museum on the Capitol Complex, marked by a giant sculpture of a buffalo head. It also runs the state’s historical research library, maintains vast archives of photos and documents, produces historical programs and prints books and journals, and more.

Whittenberg said the impacts of the 25 percent reduction in staff, and of the obliteration of travel funds, will be felt far outside Helena.

“So whether it’s the state Historic Preservation Office, or some of our educational programming, our teacher workshops, the kind of work that we do in classrooms all over the state, the consulting work that we do with museums and historical societies to help them take advantage of our expertise will be severely restricted,” he told the Legislature’s Education Interim Committee August 22.

He said MHS will work with the rest of the state as well as it can out of Helena. For example, it has dozens of lesson plans posted online, which have been used by teachers in every corner of the state. And MHS is seeking other funding sources.

(This was all before an August 29 report that still more cuts may be forthcoming.)

Thanks to the budget cuts passed in the final days of the 2017 Montana Legislature, MHS has also slashed many of its core functions:

* MHS is no longer providing guided tours of the state capitol. Those guides were laid off. MHS is still providing materials for self-guided tours.

* The formerly free admission on Thursday evenings are no more.The museum in Helena is open 9 a.m. to 5 p.m., Mondays through Saturdays.

* The free Thursday evening historical presentations in Helena and similar events across the state, typically enjoyed by overflow crowds, are done. (One of these, a discussion and performance on accordion by an East Helena maestro, changed my view of that instrument forever.) Historical programs will still continue on some weekdays and the second Saturday of each month.

* The state’s vast and ever-amazing photo archive is now available by appointment only.

* The production of exhibits, printing of publications, and digital archiving will all be delayed. (Some 1.5 million pages of archives and thousands of items have already been digitized.)

* No more Saturday hours at the research library.

(The Great Falls Tribune takes a closer look at the finances of MHS and the Montana State Library here.)

MHS now has 15 positions unfilled. In addition to layoffs, some of the MHS staff voluntarily helped out with reductions of their own hours, the assumption of additional duties, and in a few cases even early retirement and unpaid leave.

“Our folks have really kind of pulled together to try and do what it necessary to make this work,” Wittenberg said.

Most are highly educated, specialized professionals (and underpaid too, Whittenberg said) with a lifelong dedication to Montana and its history.

“They are not bureaucrats or hogs at the public trough.” he said.

Nearly all of state government is making cuts. And Whittenberg acknowledged that there are many higher priorities for government. But, he noted, the additional cuts at the end of the session, triggered by the failure of state revenues to meet certain marks, fell disproportionately on two small agencies — MHS and the state library. The agencies learned about the additional cuts through the press, which Whittenberg described as “awkward.”

Whittenberg assured lawmakers that the collections — from Native American headdresses, to art by the likes of Charles M. Russell and Jackson Pollack and remnants of towns that no longer exist — will not be compromised.

“We will find a new normal,” he said. But the results will not be the same with the budget cuts.

“The truly sad and disappointing aspect of this is that the wonderful work of our staff, and the pride that Montanans have in our rich history, the reputation of our historical society around the nation and the world, is being damaged,” he said.

The budget cuts mostly took effect July 1. The MHS will have another chance to convince the Legislature for more funding in the 2019 session. 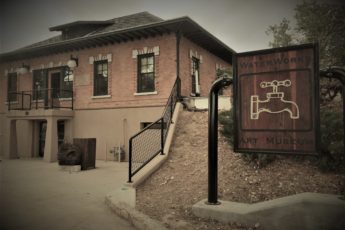 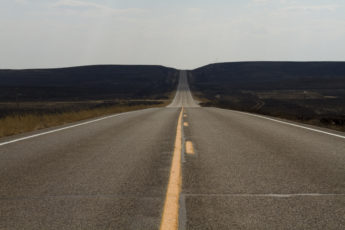