Normally, we Montanans don’t pay much attention to what people out East have to say about us. But our ears perked up when we heard that a Pittsburgh economic consulting firm ranked Cascade County the Number 10 mid-sized county in the United States.

Their list shines a light on resilient communities that are attracting people and businesses. Cascade County is the first county in Montana to make it on one of the lists by the firm, Fourth Economy. It was recognized for its strengths in sustainability, investment, and place. The ranking also noted the trails along the Missouri River; Great Falls’ short commute times; and local investments in affordable housing.

We at the Prairie Populist couldn’t help but wonder — how are the folks in Great Falls and Cascade County doing it?

For one, Cascade County has a sustainable economy.

If we had a nickel for every time we heard “sustainability” in the past decade, we could all retire tomorrow. But by definition, sustainability is at the very core of what we Montanans value: it’s something long-lasting, strong, steady, resourceful, sensible, and rational.

Most of us remember that Great Falls had a rough couple of decades. By the early ’80s, the Anaconda Smelter had shut down, family farms were being eaten up by big corporations, and the airfield had started to downsize. Thousands of high-wage jobs were lost in a short period of time, and Great Falls remained pretty stagnant for a few decades.

But the winds have since shifted. For some insight, we turned to Brett Doney at the Great Falls Development Authority — a public-private partnership that promotes growth and economic development. According to Brett, Cascade County has a resilient, sustainable economy because it is diversified. They’re not waiting until the next Anaconda Smelter swoops in and  gives everyone a job and a 401K. Healthcare and manufacturing industries are growing. Tech companies and ag processing facilities are moving in. And there’s an effort to increase tourism and retail as more restaurants, breweries, and recreation opportunities pop up.

Behind that diversified economy is a strong community that takes ownership over its city.

“The strength of Great Falls and other communities like Great Falls is that they are aggressively improving and working to improve the community.” Doney said. People aren’t sitting on their hands, “waiting for the state or the feds or some silver knight to come in with the white hat and solve everything.”

Put another way, people in Cascade County are putting that Montana work ethic to work, thinking creatively, and turning their ideas into reality.

There are lots of groups working together to move Cascade County forward. Often, the Great Falls Development Authority will identify a need or take on a project, and then find various community partners to work with. When the project involves more people, Brett explains, it’s more sustainable.

Cascade County is attracting outside investments and is investing in its community.

When it comes to building a stable economy, it’s important to give support to the businesses that already exist in the community.

“You can’t grow your economy if you don’t take care of your existing businesses,” Doney said. “That’s where real growth happens.”

But it’s also important to attract new businesses and outside investment.

Cities across the country are competing for new businesses, and Cascade County has what big companies are looking for. Great Falls College MSU has adapted its programs to meet the needs of the community and the incoming industries. Great Falls also has new industrial areas, like Agritech Park, that are attractive and well-suited for businesses.

As more and more companies move in, word spreads, and the area becomes even more attractive. First, a $6.6 million egg-grading facility came in. Then, the animal supplement company Friesen Nutrition decided to open a location in Great Falls. And now, there’s talk of the Madison Food Park which could potentially employ 3,000 people. There’s momentum here. Cascade County is on people’s radar.

In order to keep existing businesses and attract new ones, Cascade County has to be a place people want to live. There must be community investment. Community groups, businesses, and the local governments know this.  Downtown Great Falls is alive and kickin’ and there are new retail hubs like the West Bank Landing popping up. The River’s Edge Trail along the Missouri now includes 60 miles of paths for walking and biking.

From microbreweries to public art to the new climbing gym, there’s a lot happening. And organizations like NeighborWorks and the Great Falls Development Authority are making sure that more people and families of all incomes can afford to rent or buy a home.

The trail system along the Missouri passes the Black Eagle Damn.

Cascade County recognizes its place in the landscape.

Success, for Cascade County, has come from knowing its strengths.

“You have to be who you are,” Doney said.

And what are Great Falls and Cascade County? They are part of a landscape and part of a region.

Great Falls’ connection to the Missouri is clear. Public parks and open spaces run alongside it. And much of the tourism and recreation economy revolves around it.

Great Falls is also a city on the plains. Its strength comes from the Golden Triangle. For much of the region, Great Falls is the hub for health care, entertainment, restaurants, and retail.

And what better way to support those rural communities than to support agriculture?

Montana farmers and ranchers have the best products in the world, and they’ve been doing a great job at getting our Montana-grown crops and Montana-raised cattle into the global market. (You can read more about that in our previous series on Ag in Montana).

But what if we could add more value to our crops and beef by processing them here in the state?

We got the chance to speak with Tom Jacobson, the representative from the north side of Great Falls.

He spoke of how the community as a whole can best respond to the needs of the area. The community has to “look at our agricultural base … take ag products being grown and add value and ship them off,” he said.

“Our town has been a blue-collar, working-class town for decades, and I think that it’s important to recognize who we are and play on our strengths,” he said.

He noted that the impact of Malmstrom Air Force Base makes up 46 percent of Great Falls’ economy, but more manufacturing and agriculture-related businesses are coming in.

“Great Falls is moving gradually and steadily, I guess, to getting back to a diversified economy,” he said.

This is the role that Great Falls and Cascade County can play for its region and all of Montana. Processing our raw products here supports our ag industry and puts more money into the pockets of our growers. It brings more jobs into the community and makes us more competitive on the world market. It keeps farmers and ranchers on the land.

Got something to say to Prairie Populist? Send news tips, story ideas and comments to [email protected]t.org. If you have something to submit, or an idea for a story you’d like to write for us, check out our Submission Guidelines here. 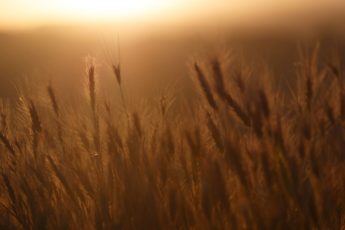