Montana’s Ag Resilient as Summers Heat Up — But for how long?

Science can help with the dry times ahead

Montanans might have spring floods on their mind right now, but we know what could be coming: a spring with little rain and then a hot, dry summer — in other words, drought.

And California may be the root of at least some of all evil, but its experiences can be a warning to the rest of us. It declared a six-year drought over last April — but with the rains came massive flooding. And then came the worst fire season the state has ever seen, burning into December and making nearly a quarter-million people evacuate.

Just in from the coast, Leon Szeptycki, of Stanford University, has some advice for Montana based on the experience of his state. For starters, he said at the Montana Water Summit in Helena March 6, you need good data.

In the last 65 years, our temperature has been rising in Montana: up to a half-degree per decade, all around the state, Marco Maneta, a hydrology professor at the University of Montana, told the Water Summit.

Precipitation has stayed steady overall — but it’s shifted more toward the winter and spring, and less in the growing season, when it’s needed the most.

This pattern is similar throughout the West. And Maneta said that even if the world reduces its carbon emissions, the temperatures are expected to continue to rise past the middle of the century.

But here’s the good news: In Montana, crops have shown resilience to the changing conditions. Winter wheat yield has even increased by three bushels per acre every decade, on average, and barley by five bushels per acre per decade. Maneta attributes that to better technology and methods. Alfalfa, on the other hand, hasn’t seen the same kind of improvements in yield.

The yield growth vary widely from county to county, so there’s plenty of improvement to be found.

Where the Bad Things Come From

So what can we learn from what happened in California?

Plan for drought, said Szeptycki, director of the Water in the West program at Stanford.

Take care of your infrastructure before you have a situation like the February 2017 failure of the Oroville Dam spillway, damaging a hatchery downstream and forcing the evacuation of nearly 200,000 people.

After a record-setting wet winter, water pours over a spillway of the Oroville Dam. Photo: California Department of Water Resources.

The places that do well will have good local storage infrastructure and the ability to transfer water where needed.

Californians, like Montanans, are anticipating the possibility of another year of drought and fire.

But here, we have to first contend with a mountain snowpack two to three times normal.

There, the Sierra Nevada snowpack is at 23 percent of normal, Szeptycki said. And it’s getting warmer like the rest of the west.

“What we really started to realize in California, is cool winters are a thing of the past,” he said. 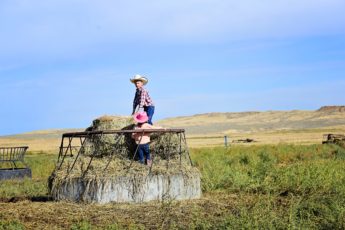 « Previous post
Before We Hit the Woods, Someone’s Got to Maintain the Trails
Next post »
Taking a Rain Check on Rural Water and Sewer Projects