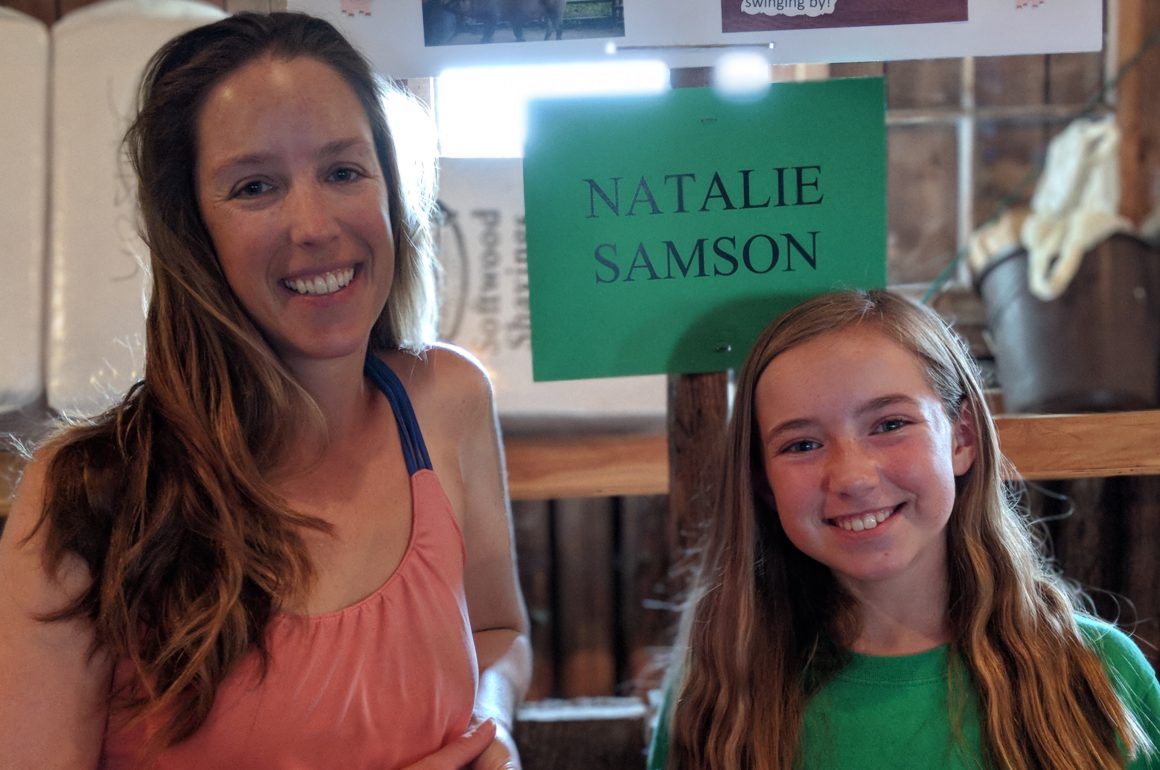 Natalie Samson raised pigs for the Big Sky State Fair, and so much more 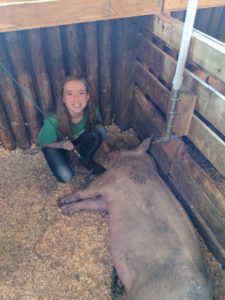 Natalie in front of her pig

Natalie’s mom, Monica, told me that Natalie has been “all about pigs” ever since she was little, collecting multiple stuffed animal pigs.

Well, her first five pigs. Her uncle wanted two and she wanted to make sure she had another in case someone unfortunate happened to one of the pigs that she was planning on showing at the Big Sky State Fair in Bozeman.

“I just enjoy being around them,” Natalie said when asked what her favorite part of raising pigs was.

Natalie’s grandparents had a pig farm just outside of Logan, which is a half hour west of Bozeman. All six of her aunts and uncles on her dad’s side raised pigs for 4-H, her dad being the oldest. So, even as a tiny baby she was around them.

Natalie had to estimate the costs of raising her pigs, make sure they didn’t get too cold during their early winter months, clean up her grandparents’ stalls for her pigs, set up a watering system, clean some more, and go up every weekend (as well as some nights when there was enough light) to take care of them. Natalie standing in front of her poster

But, as if raising a pig for the fair wasn’t enough, Natalie also raised rabbits that she got for Christmas and has twelve photos that she’s submitted with 4-H as well.

Oh, and she was playing softball.

When we met with Natalie is was the first day of what was going to be a very busy week. But she had her schedule down and recited off the dozen or so events, meeting, interviews, and presentation she had headed her way during fair-week.

While talking to Natalie, you could tell. She was confident while telling me all about the steps and tasks she took on and completed this year.

4-H is about learning about the animals, the industry around it, and how to raise quality food. But it doesn’t stop with agriculture. Kids can also participate in shooting, sewing, robotics, cooking and so much more. “My favorite part is the community,” Monica said about having her kids in 4-H. “Everyone is here for the kids.”

There are so many adults volunteering to make sure the fair goes well for all the kids there, not just their own. And everyone who participated in 4-H supports one another throughout the process as well.

Monica didn’t do 4-H as a kid, but she said it would have benefited her.

“I want to give them some of what I could have used,” Monica summarized. 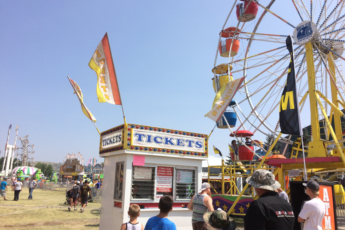 « Previous post
Medicine Rocks: On the Far Side of Montana Your Breath Can Be Taken
Next post »
Rain or Shine, Flood or Fire, the Augusta Rodeo Goes On