The Recreation Economy and Small-Town Montana

For Montana’s main recreational hotspots — Bozeman and Whitefish — the reliable influx of recreational dollars is a given. But overall, the state Office of Economic Development reports the recreational economy brings in $7.1 billion in consumer spending annually and provides 71,000 jobs across the state.

Gateway communities to Yellowstone and Glacier — Bozeman, Whitefish and Big Sky — are not the only options for great hiking, skiing, snowmobiling, fishing and other recreation opportunities. Tucked away within other corners of the state are hidden gems where recreationists can enjoy smaller crowds and more affordable amenities. That’s why Prairie Populist has started to visit a few of our small towns to find out if our rural communities experience the positive effects of the recreation economy.

Anaconda was a “one-company city” founded by Copper King Marcus Daly and named after the Anaconda Company. Best known for its 585-foot smelter stack, Anaconda boomed alongside Butte with the copper industry. Anaconda’s visitor guide quotes the late Bob Vine, a local historian, emphasizing the importance of the stack to locals in the area.

“Everybody would get up in the morning and look to see if there was smoke coming out of the stack, and if there was, God was in His heaven and all was right with the world and we knew we were going to have a paycheck,” said Vine, who started working for the Anaconda Company’s communications department in 1957.

The smelter smoke stack closed in 1980. For several decades, Anaconda has been trying to pivot an economy that was once entirely dependent on the smelter.

“We’ve had to change who we are and what we have to offer,” said Jim Davison, an Anaconda local and Executive Director at Anaconda Local Development Corporation (ALDC). Prior to working for ALDC — which helps businesses of all sizes get off the ground and thrive in Anaconda — Jim worked for the Anaconda Company.

With the rapid decline of the mining industry at the end of the 20th century, we wanted to see how Anaconda takes advantage of the state’s rapidly growing recreation economy.

Peter Kurtz moved away from Whitefish 23 years ago because the expensive resort town boomed too quickly for him. Uninterested in living in what was soon to become a city, Peter relocated to Anaconda — an affordable, small town that appealed to him. Once in Anaconda, Peter opened Sven’s Bicycles of Anaconda, where he sells bicycles and cross-country skis, plus he rents ice skates and fine-tunes equipment. For Prairie Populist, a bicycle shop was the right place to start as we gaged how much the weight the recreation economy carries in town.

When Peter moved to Anaconda, he hoped the town’s potential for mountain biking and skiing would prove lucrative. While he knew it would never be an Aspen or Jackson Hole, he was attracted to the surrounding Pintlers and open space. Peter seems to know every single-track trail accessible in town and nearby. He bikes to work almost every day, regardless of the weather. He swears that it is safer than walking on the ice, but we’re not sure if we buy it.

However, the past two decades were not always smooth sailing. During the early 2000s, Peter closed his doors and found a second job to keep himself afloat because the bicycle shop wasn’t bringing in enough money to live on. When he reopened in 2008, he had to cut his overhead. He previously employed one or two people, but now it only makes sense to employ himself. As a result, Sven’s Bicycles of Anaconda still contributes as one of the 71,000 recreation-based jobs.

“I’ve been waiting 23 years for it to change,” Peter said about Anaconda becoming a recreation-based town. He’s still not sure if that will happen now. Even when Discovery Ski Area, only 22 miles from downtown Anaconda, opened a new bike park, his business barely saw a blip on its radar.

However, the benefits of the recreation economy may already exist. The Anaconda Community Hospital, which opened in 1989 and built a new critical care facility in 1981, employed 290 people 10 years ago. Now, the hospital boasts 400 employees after adding over 100 professional jobs in the last decade. For a town of fewer than 10,000 people, such growth is significant because new residents benefits other local businesses. The hospital is the No. 1 employer in town and attracts more well-paid professionals who raise their families, buy homes, pay property taxes to the public school district and who invest in the community.

“Lifestyle is the number one attractant for industry these days,” Jim said, explaining the hospital utilizes nearby recreation opportunities as a recruitment tool, a long-term strategy that obviously works.

When job candidates visit Anaconda Community Hospital, they fly into Missoula and take Highway 1 east past Philipsburg and Georgetown Lake. Candidates drive through Philipsburg’s iconic Broadway main street bursting with brightly painted buildings, east to the Anaconda-Pintler Scenic Route pass with towering walls and views of Philipsburg Valley, then past Georgetown Lake — populated with fishermen and fisherwomen no matter the season — to Anaconda. Along the way, they pass the Discovery Ski Area turn-off, where travelers can spot ski runs from the road and realize that Disco is only half an hour away from town.

Considering the area’s rich natural wonders, ski hill, fishing and boating accesses, camping and hunting amenities, no wonder the hospital has been able to maintain steady growth and recruitment.

A recent Headwaters Economics study, which reports a correlation between recreation and growth for rural counties, reflects the growth of Anaconda and its hospital. Headwaters found that for many rural communities, recreation means the difference between a growing or shrinking population. The study also revealed that recreation provides numerous benefits to the economy. Recreational activities stimulate tourism-supported businesses like boutiques, restaurants and hotels, draws new residents who may be resourceful entrepreneurs, business owners or workers ready to make a go of it in a less-expensive part of Montana.

However, in some cases, rapid growth caused by recreation can also raise the cost of living so much that it outstrips the benefits that come with healthy growth.

On the downside, a rapidly growing recreation town can create a housing crisis, as in Gallatin County, where home prices increased 20 percent in the last year. The Gallatin Association of Realtors reported that the price for a single-family home was $392,500 in January, 2018. Those same houses now sell for an average of $476,500.

Jackie Cerise, who works at Beyond Necessity Gifts in downtown Anaconda, recounts a time when Georgetown Lake was free of lakeside structures. The Anaconda Company owned the lake for almost 80 years and thus no one could build on the waterfront. Jackie remembered recreating on the lake before the 1990s when the company eventually sold the lake to Granite County. Back then, there were no private fences sectioning off the lake’s waterfront. Once Granite County acquired it, the county slowly sold parcels of the waterfront to private owners and fences began limiting public access.

Jackie has lived in the area her entire life, so it has been tough for her to watch Georgetown Lake transform from primarily rural to having an abundance of recreational demand surrounding it. Even though she knows growth that naturally comes with recreation is good for the area, watching her home change drastically makes her uncomfortable.

In 2016, ALDC published a Downtown Anaconda Master Plan. In 2016, a family with a median income of $35,310 could afford a house that costs $148,162. Most families in Anaconda could afford to purchase a home. Now in 2019, Jim worries that Anaconda already may be experiencing the pinch of higher housing prices due to the limited growth it’s experiencing. However, he explained that for the first time in 40 years, median income is on the upswing because the town has drawn more professionals. Also, income for blue-collar workers is rising and more higher-skilled jobs are available.

For example, ALDC helped Tricia Maynard relocate her own business, Dublin Bay Knitting, from Portland to Anaconda last year. Once established, ALDC provided her shop UV film to protect the yard displayed in the windows at her shop. Tricia explained that ALDC wants businesses to come to town, while still maintaining Anaconda’s small-town feel.

“I think this town is getting more revitalized,” Tricia’s mom, Nancy told us.

Jim attributed much of the positive economic growth to what he called “the new leaders.” Twenty and thirty-year-olds in the area see the important connection to nature and recreation. The younger generation, he said, promotes the town’s skiing, golfing, hunting, hiking and fishing as a way to attract more industries and encourage families to put down roots in Anaconda.

“It’s a no brainer when you look at what you have to offer here,” said Luke Carlson about using recreation as a way to attract people to the community. Luke opened Smelter City Brewing in June, 2017. Luke told us that the nearby hunting and fishing was a definite factor when hiring his head brewer. He interviewed a dozen people for the job, and almost all candidates mentioned that nearby recreation would be why they’d want to move to Montana.

Luke, who is 38 years old, said that recreation is something that the younger generation in town celebrates and enjoys, adding that it is one of the reasons he lives in Anaconda. His brewery sees that direct benefit of it as well. This winter, half of his customers have visited from out of town. When opening the brewery, he thought winter months would be his slowest, but they’ve been some of the busiest, thanks to nearby Discovery Ski Area.

It’s been nearly 40 years since smoke billowed from the stack, reassuring Anacondans of steady paychecks. Now, the stack still towers on the outskirts of town and it’s easy to imagine old-timers remembering the smoke it once emitted. They represent the end of an era, but now it’s time for new generations to be resourceful and reinvent Anaconda.

Today, the younger generation looks toward the mountains, forests, lake and nearby streams when envisioning what could drive their next paycheck. It’s the recreational amenities that attract hospital professionals, provides opportunities for new restaurants and a brewery and boost the population with new young entrepreneurs eager to expand upon what Anaconda already offers. 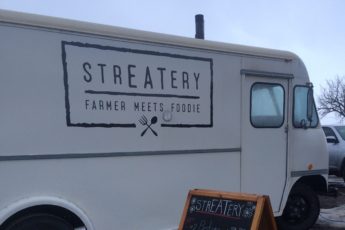