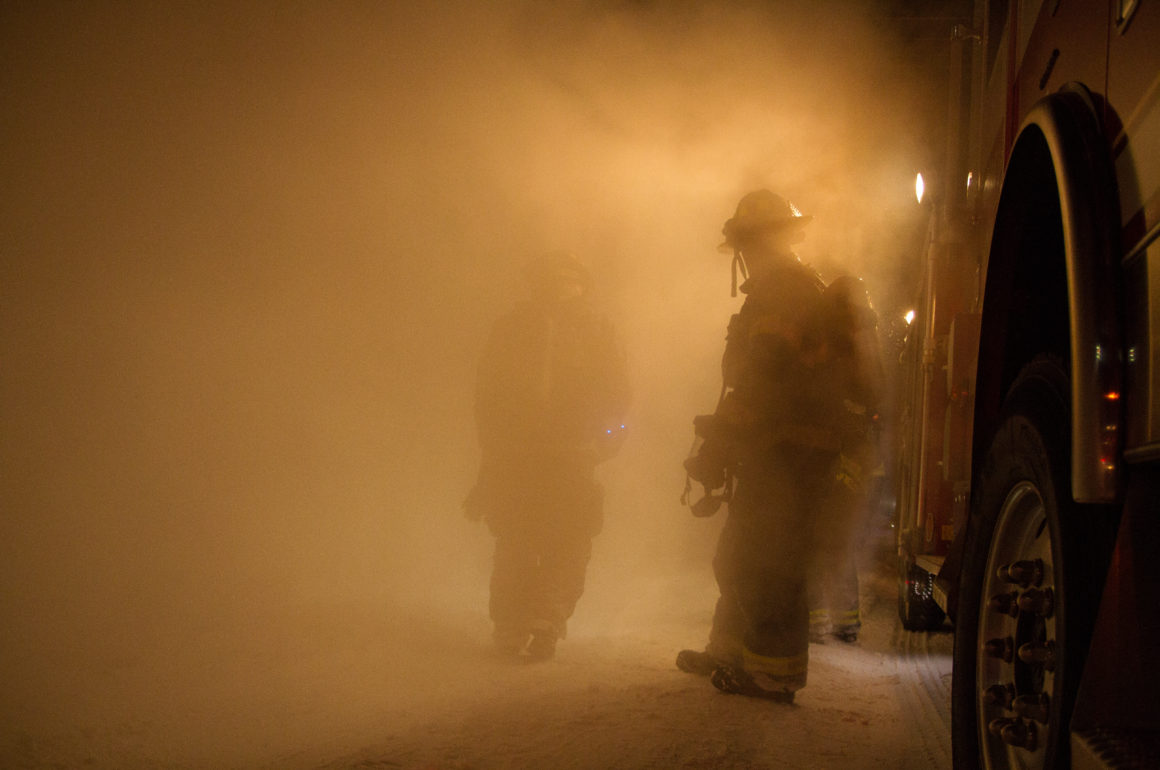 They have our backs. It’s time we had theirs.

The cancer that seeps through Jason Baker’s skin is the result of a toxic soup that’s created when modern homes burn. Like all of Montana’s firefighters, Baker has the best protective equipment available. But it’s not enough.

“At one point in my life, I thought I just needed to focus on more cardio instead of strength,” said Baker.

For six months, doctors diagnosed Baker’s breathing issues as colds. He was 43 years old, healthy, and in the prime of his life. He didn’t smoke. Didn’t chew. There was no reason to believe it was anything worse than a cold.

But in October 2016, doctors handed Baker a much worse diagnosis: stage four lung cancer. By then, the cancer had spread to his lymph nodes and bones.

This type of news leaves most people with one question: how do I fight this?

But, given the lack of a Health and Safety Bill in Montana, our firefighters must consider: how will I pay for this?

“For me, as a dad and a partner in my household, I want to provide. I want to help out. I don’t ever want to do something that would bankrupt my family,” said Baker. “It’s crazy how expensive fighting cancer really is.”

According to the International Association of Firefighters, cancer is now the leading cause of death for American firefighters. That’s why the Firefighter Health and Safety Bill is so important.

“[Cancer] is an on the job injury,” says Captain Joel Fassbinder, a Bozeman firefighter.

When it comes to protecting the health of firefighters, Montana lags well behind the rest of the country and is one of just three states that does not have a version of the Health and Safety Bill for firefighters. The measure is intended to support firefighters who fall victim to the worst kinds of on-the-job injuries a public servant can endure, including cancer and PTSD.

All of our neighboring states — Wyoming, Idaho, and North Dakota — offer their firefighters some version of this protection.

“It’s been an urgent need for 20 years,” said Fassbinder in reference to passing a Firefighter Health and Safety bill in Montana. The Montana Legislature has considered some version of this bill in each session for the past 18 years.

Jill Baker has been in Jason’s corner since before he was a firefighter.

Now married for over 20 years, Jill and Jason have known each other since middle school. They got together in college. Not long after that, Jason became a wildland firefighter for the National Forest Service.

“That was where he was meant to be, it was his calling to be a firefighter,” said Jill about her husband.

Jill knew the best thing she could do was support his love for firefighting and the joy it gave him. There were risks and she ed that and prepared herself.

But, she also knew that if anything happened to Jason while he was on duty, their family would be taken care of. At least she thought so. Both Bakers knew that the Health and Safety Bill hadn’t been passed. It wasn’t until Jason got sick that they realized what that really meant for their family.

In Montana, there’s no obligation to take care of firefighters or their families if firefighters are struck down by a long-term, job-related illness rather than an on-the-job injury.

“I want people to understand there is a gap in this coverage,” said Jill.

Great Falls steps up where Montana is falling down.

Just last session, representatives spoke out in support of firemen, but still voted down the Health and Safety Bill.

Fortunately for the Bakers, Great Falls stepped up to support one of its own.

For a year following Jason’s diagnosis, Jason kept working for the Great Falls Fire Department with their support and the support of his community. This gave the family time to figure out how they were going to deal with their new reality: fighting cancer.

Our legislature needs to follow Great Falls’ example and pass a Health and Safety Bill for firemen and women.

It’s too late to help the Bakers. But Jason and Jill still hope to see the Firefighter Health and Safety Bill finally pass this session.

“I don’t want any other firefighter in the state of Montana to have to go through this,” explains Jason.

For more information about the Health and Safety Bill, and why it is time to pass it, visit here.