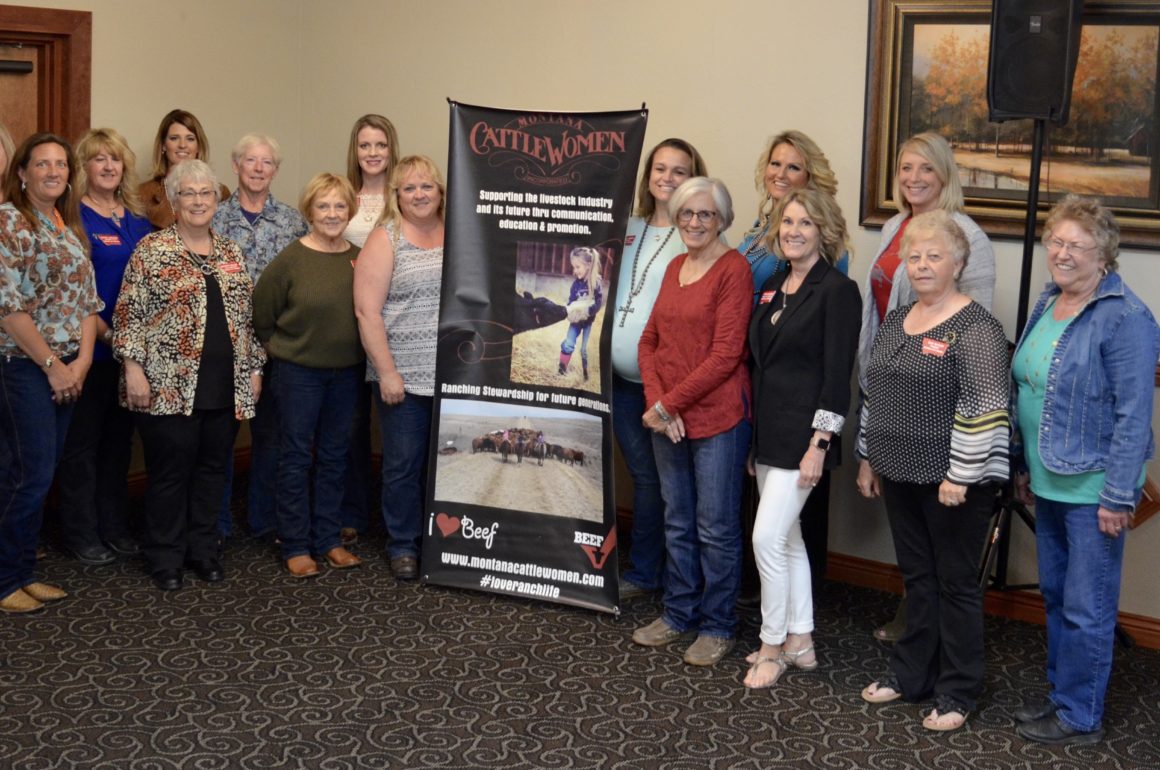 MONTANA CATTLEWOMEN PROVIDING EDUCATION AND CAMARADERIE IN THE LIVESTOCK BUSINESS

Let’s be honest, women tend to be the lifeblood of the ranch, especially in Montana.  They cook breakfast, tend the garden, help move the cows, take care of the kids, clean the house, feed the bum calves, deal with the books, and the list goes on and on… and on.

So it is only fitting that there be an organization that ties these strong women of the ranch together- the Montana CattleWomen.

For 66 years, the Montana CattleWomen have been together, working to promote the livestock industry in legislation and education, but also to provide camaraderie and empowerment to all the women that spend their days working hard on the ranch along their husbands, fathers, and brothers.

Many women, like President Kae McCloy, joined Montana CattleWomen because it was something that she felt like she had to do as the wife of a rancher.

“Ranchers don’t have time to get out and advocate, and so I felt that it was my job to,” she said.

Other CattleWomen who are a part of the organization feel the same way.  They want to advocate for the business that provides them a living and a lifestyle that is the iconic Montana way of life.

Cattle ranching has been wildly popular in Montana for over a century.  Montana has an arid climate and a lot of space, which is pretty conducive to cows.  And with the passing of the Stock-Raising Homestead Act of 1916, which provided 640 acres to ranchers willing to give the effort of raising stock, Montana became a cow state.

The Montana CattleWomen represent a legacy in Montana that has endured for years; they want to ensure that it continues on for generations.

There are four state districts for Montana CattleWomen: southwest, central, eastern, and northwestern/eastern.  The group includes 18 separate local districts that do their own outreach, sponsorship and education in addition to the state-led missions.  Montana CattleWomen provide scholarships through their local chapters to students who are considering a career in the livestock industry, as well as a state-sponsored scholarship for those sophomore or higher in college.

And in their effort to support and advocate education, the Montana CattleWomen have created K-12 curriculums that teach beef education, spearheaded by Suze Bohleen of Wilsall.

Suze, who is also the education chair for the American National CattleWomen, helps schools institute programs that teach children about raising beef cattle, the cow itself, and how to prepare real but cheap meals that use beef as an ingredient.

Though, the most important thing about these ladies is that they are real, put-your-head-down- and-get-to-work women who love being cattle ranchers under the Big Sky.

But unfortunately, membership and attendance is becoming something of concern for the long-running organization. Even though Montana has a livestock operation in virtually every valley or town, and it’s a $2 billion industry, young membership is falling short.

“Younger members are just busier than they used to be,” said Missy Cox of Townsend.  Missy, who has been a member for around 25 years, remembers meeting her fellow CattleWomen for lunch once a week.  Nowadays, women just don’t have the time anymore. Many work a second job off of the ranch, and live so far from town that it really is just not worth making the drive.

Membership is up 53 ladies this year though, bringing the Montana CattleWomen member total to 454.

Not every meeting is simply just talking about internal policy and meetings.  Jill Herold, president of the Yellowstone CattleWomen, says that they are trying events that just allows women to get together.  This week, appetizers and beverages.

And they are even considering calf-cuddling later on in the year as an event and fundraiser.  Because who doesn’t love doggies?

Photo:  The board members of Montana CattleWomen, at their recent mid-annual meeting in Billings. Montana’s Ag Resilient as Summers Heat Up -- But for how long?