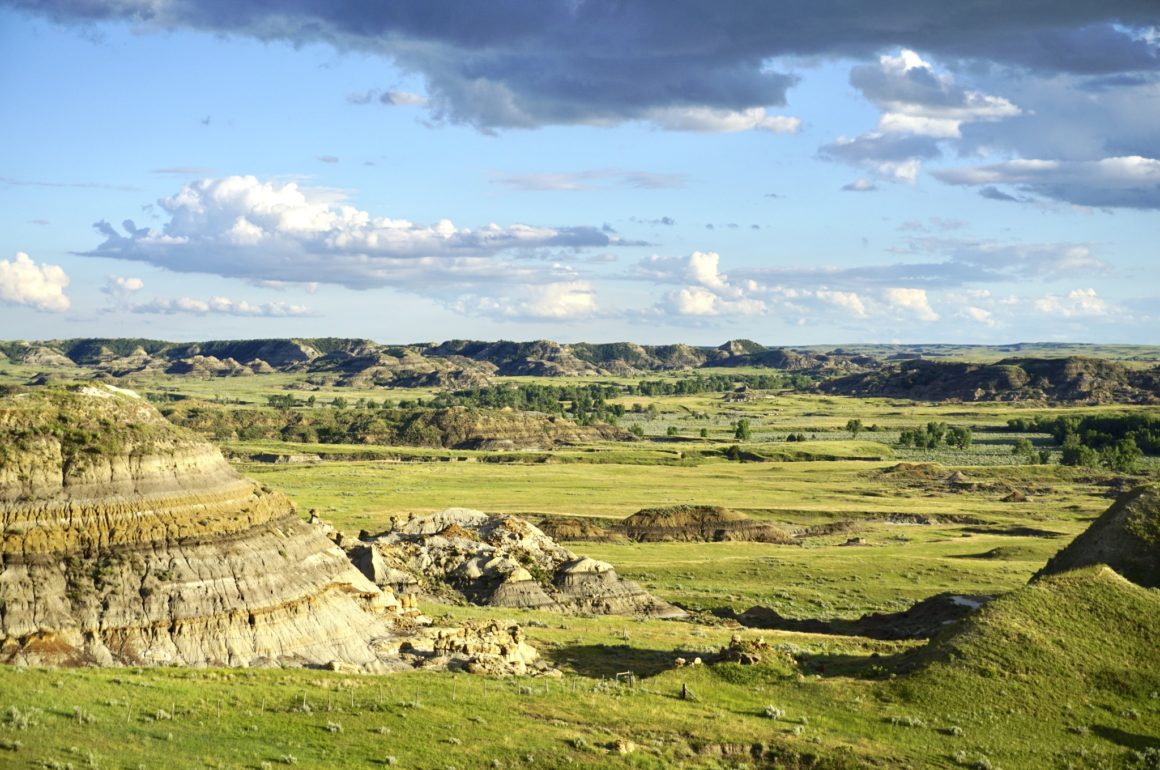 Habitat Montana project increases access in areas where it is needed most: Eastern Montana

It’s no secret that landowners and hunters sometimes clash when it comes to issues like access to prize hunting grounds. That’s why it’s important to note when these two groups join forces. Landowners and hunters recently had cause to celebrate together in Glendive as Governor Steve Bullock successfully pushed through the long-debated Horse Creek Easement. The easement gives sportsmen access to 20,000 acres in Wibaux and Dawson Counties. It also benefits the landowners by consolidating inholdings to ensure better management of the land in the future.

People gather round in the Cross Country Brewery, in Glendive

Dozens of people from Glendive and the surrounding area came together to hoist a pint at the Cross Country Brewery in celebration of the easement, which will give hunters access to prime pronghorn, mule deer, whitetail and upland bird habitat, conserve the land for future wildlife and agricultural use, and ensure that both hunters and the landowners have permanent guarantees for future generations. Montana Wildlife Federation joined the Stenson family — whose ranch will now be open to public hunting — to host the event.

For Montana’s outdoor and agricultural economies to work hand-in-glove, we need to celebrate and nurture more sportsmen-landowner relationships like this one.

The easement almost didn’t happen. Efforts by industry lobbyists to block it — and interference from State Auditor Matt Rosendale, Secretary of State Corey Stapleton and Superintendent of Public Instruction Elsie Arntzen — left the easement tangled in a web of competing interests. The oil and gas industry wanted assurances that conserving the surface rights would not impact their mineral rights. Both Governor Bullock and Attorney General Tim Fox labeled these objections as nothing more than a series of red herrings. Bullock eventually saved this and future easements from being mired in political morass by applying a stricter interpretation of the statute and determining that the easement did not require approval by the land board.

That decision hasn’t gone over well with groups like the Montana Petroleum Association — the lobbying arm of the oil and gas industry in Montana — or the United Property Owners of Montana, a well-known anti-stream access and pro-privatization of wildlife organization headed up by lobbyists and political operatives in Helena.

The move has also left policymakers scrambling for their next play. Secretary of State Stapleton stated in the March 2018 Secretary’s Newsletter that the land board should not be “dinking around” with issues such as conservation easements. Seeming to reverse this position, he has since asked the State Administrations and Veterans Affairs Interim Committee to sponsor legislation that would give the land board more power to influence conservation easements. He made a similar request of the Environmental Quality Council Interim Committee but did not appear at the meeting.

During the EQC meeting, former Senator John Brenden, a long-time opponent of the Habitat Montana program — which contributed $4.3 million to the $6.1 million easement — and sponsor of several bills that would cripple the program, called Bullock’s decision “political.” However, he failed to acknowledge the political posturing of the other land board members or the hundreds of signatures supporting the easement from across Eastern Montana.

While neither committee has taken up the draft bill to place more bureaucratic oversight on Montana’s premier access program, it is reasonable to assume that lawmakers will be weighing in on the program when the legislature starts its 2019 session. Hopefully, the legislature will listen to the people who fund Habitat Montana - Hunters - and the landowners who benefit from the program, rather than lobbyists with special interests and no real skin in the game.

Contributed by Justin Schaaf. Justin is a hunter and conservationist whose roots in Eastern Montana stretch back to the turn of the last century. He and his wife are raising their young family in Fort Peck near the Charles M. Russell National Wildlife Refuge.